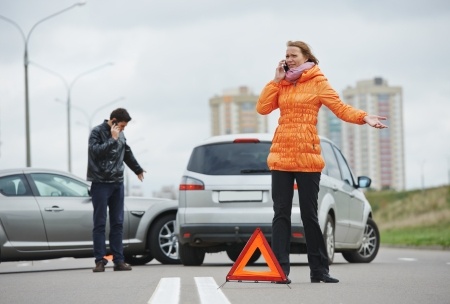 If you’ve been driving for a long time, then odds are that you’ve gotten into some sort of collision. Unfortunately, with so many people on the road and so many distractions, it’s inevitable that you may get involved in a fender bender (or worse).

However, just because the odds are not on your side doesn’t mean that you have to resign yourself to getting into a crash. Today we want to go over some simple methods that can help you stay safe on the road. The safer we are, the fewer collisions there will be, and everyone wins.

According to the National Highway Traffic Safety Administration (NHTSA), about 660,000 people are on their mobile devices while driving. That’s an astonishing number, and it can present a lot of dangerous situations out there. You don’t want to be a part of that statistic, nor do you want to be part of the 1.6 million crashes caused by cell phones each year.

Over 10,000 people die each year from drunk driving. Even if you were not drinking, other drivers may have been. Pay attention to what other drivers are doing and be more vigilant late at night, especially during holidays.

For many people, speed limits seem like an easy way for cops to pull you over and give you a citation. However, there’s a reason that they’re in place. Like drunk driving, over 10,000 people die from crashes caused by speeding motorists, so you want to avoid becoming one of them.

The dangers of speeding are exacerbated in times of low-visibility, so be sure to slow down when it’s raining or dark out. You can’t always rely on other people to be using their headlights, nor can you see pedestrians until it’s too late.

Overall, be smart and cautious behind the wheel, and you can make each drive a lot safer. Remember, it only takes one time to change your life, so pay attention.

Make Sure You Have Enough Coverage

While insurance coverage won’t reduce the risk of a car crash, having the right coverage and enough of it is important in case you find yourself in a fender bender or worse. Checking your coverage (as well as your potential discounts) only take a phone call or email. Give us a call at 800-624-3339 or click here to contact us.